VW and other business ethics fiascos? 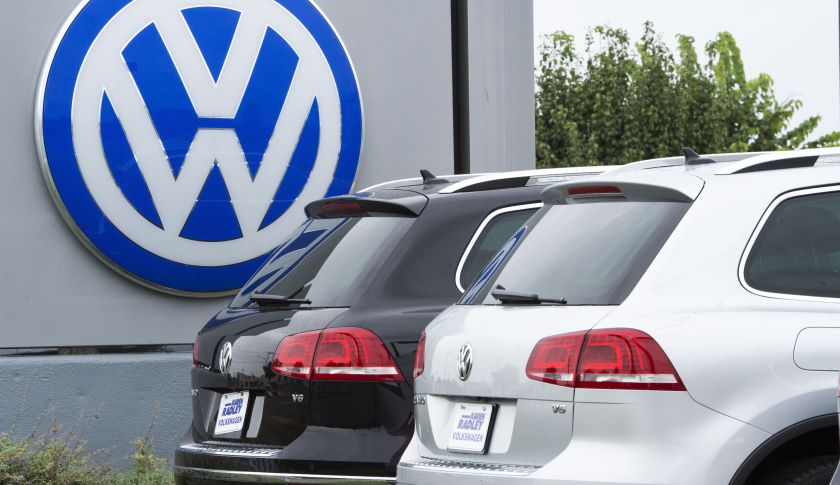 Revelations over egregious behavior by corporate leaders, including at VW, have prompted fresh criticism of MBA students and business school ethics. But is it merited?

Are business schools sending “moral midgets” out into the world to recklessly plunder without regard for honesty and human decency? Certainly, recent news suggests that’s the case.

Blaming B-schools for failing to teach students to behave ethically is nothing new—many commentators laid responsibility for the global financial crisis at the doorsteps of MBA programs, for instance. But recent revelations concerning egregiously reprehensible behavior by corporate leaders have now prompted an Emory University ethicist to let loose a new blast of criticism.

“That far too much of the world’s corporate leadership is driven by moral midgets who have been educated far beyond their capacities for good judgment should be obvious after observing the events of the past week,” writes Edward Queen, director of Emory’s Turner Program in Ethics and Servant Leadership, inThe New Republic. “For the past five to six decades, epigones of Milton Friedman have been emphasizing that the only duty of a corporation is return on investment. This lesson, drilled into generations of business school graduates, now drives tsunamis of corporate malfeasance.

Queen hangs his argument on the news about Volkswagen’s emissions-testing scandal, and the 5,000% price hike by Turing Pharmaceuticals for a drug used to treat malaria and toxoplasmosis. Fallen VW CEO Martin Winterkorn studied metallurgy in school rather than business. Martin Shkreli, Turing’s CEO, has a bachelor’s degree in business administration from Baruch College. While it is perhaps a stretch to blame business schools for the VW scandal, Queen argues that the auto giant’s malfeasance is a symptom of a profit-at-any-cost culture that business schools feed into without properly instilling ethics in students.

Queen teaches ethics to graduate and undergraduate business students, and has interviewed numerous business ethics faculty members over the past decade. It appears, he writes, that “when business students are presented with an ethics case, that is a case where they have been told that there is an ethical problem, 20% to 30% of the students cannot find or identify the ethical issue.”

So, what’s wrong with recent business people today? In an interview, Queen points to an over-emphasis on tolerance, that makes it very difficult for many people to even say something is wrong. Students are entering business schools “almost as kind of blank slates in terms of [their] ability to think about, to argue about, the good,” Queen says. “Even if they may have a business ethics class, that’s not reinforced by the other messages they’re getting either in the school, from their peers, perhaps even from the business world as a whole.”

While Queen sees what may be the start of a shift away from this line of thinking, he believes that in B-schools, students are generally still coming away with a belief that a return on investment trumps all other values. And within business programs, that ideology makes it difficult for students to swim against the current. Taking an alternate view can lead students to feel alone and alienated.

Business school can also breed a sense of entitlement, Queen says. “When you get people who are constantly told that they’re bright and they’re special and they’re brilliant, you totally cultivate a form of a person who thinks they’re deserving of everything they get. They think they deserve the BMW at 26, they’re pathological narcissists,” Queen says.

“All their lives these kids get stroked, they get told that they’re important, they get told that they are brilliant, and on and on and on, and I know they’re none of the above because I’ve taught them. I don’t want to blame business schools for the reality, I just think that they play a role in exacerbating it when they could perhaps play a much better role in minimizing it.”

Back in the 1980s, business schools responded to concerns over corporate misconduct by introducing ethics-related education into their programming. Harvard Business School and New York University’s Stern School were among the first top B-schools to impose mandatory ethics classes.

Between 2005 and 2009, accredited business schools worldwide had doubled the number of ethics-related courses, according to research by Copenhagen Business School professor Andreas Rasche and University of Hamburg business ethics professor Dirk Gilbert. However, the researchers found that 75% of those courses were electives, and that inclusion of ethics in class material varied widely between disciplines.

The University of Virginia Darden School’s Business Roundtable Institute for Corporate Ethics in 2007 issued a report calling for ethics to be integrated B-school curricula as a “core and fundamental business discipline,” and that ethics content should be included in all other business disciplines.

In the wake of the financial crisis, Joel Podolny, former dean of the Yale School of Management, attacked business education for doing “little, or nothing, to foster responsibility and accountability.” Podolny, who now runs Apple University, the tech giant’s in-house training facility, presented in a 2009 Harvard Business Review article three areas in which MBA programs were failing to train students to behave decently. B-schools teach leadership as “setting the vision and framing an agenda” rather than focusing on details, Podolny argues. “Students are convinced that nitty-gritty work can be done without consciously considering factors such as values and ethics,” he writes. Also, he writes, B-schools promote the idea that the benefit of an MBA degree can be measured in terms of the additional salary it brings, a notion reinforced by rankings based on graduates’ salaries. And B-schools had, by that point, shown no contrition over “the harm their graduates do,” and had not made curriculum changes to prevent future bad behavior, he writes.

Around the same time in 2009, Harvard Business School leadership development professor Rakesh Khurana told the New York Timesthat in the 1970s, the idea took hold that managers, instead of being economic stewards, were mainly agents for shareholders. “A kind of market fundamentalism took hold in business education,” Khurana said. “The new logic of shareholder primacy absolved management of any responsibility for anything other than financial results.”

There are some signs that the ethical tide is turning among MBA students. At the University of Chicago Booth School of Business, concerned MBA candidates sent Queen’s New Republic article to behavioral science professor John Paul Rollert, who teaches an ethics course at Booth that was added after the financial crisis. Rollert says that arguments about whether B-schools are to blame for corporate misbehavior are peripheral to the main issue: “The question is, can business schools do more to enhance the integrity of the business world?”

Increasingly, B-schools are responding to student demands for an education that will prepare them to have a positive impact on the world, particularly in the area of social enterprise, Rollert says. Booth’s Social Enterprise Initiative is “tremendously popular,” and many students participate in the school’s New Venture Challenge to learn about and develop projects that promote social good, he says.

A recently published Bain & Company study supports Rollert’s assertions. Bain surveyed some 1,500 MBA students and graduates, and found that 66% of women and 59% of men said they planned to put social good ahead of prestige and profit in their careers. About 54% of the women responding to the survey and 51% of the men said they wanted to work in social impact.

People used to say, four or five decades ago, that if you wanted to change the world, you should go to law school, says Rollert, who has a law degree from Yale. That’s changed, he says. “With good reason today there is a presumption, and a strong one, that if you really want to do good, if you want to make an impact on the world, you go to business school,” Rollert says.

Nevertheless, Rollert says he understands Queen’s cynicism, and adds that “there’s certainly more that business schools can do.” Primarily, business schools should be listening to students and changing with with the evolution of students’ ambitions, he believes. “To the degree that business schools are paying close attention to their students,” he says, “I think it actually will address and solve a lot of these problems.

Still, the lessons of a B-school education are a matter of interpretation. “There are ways in which abstract financial reasoning … that only focus on maximizing shareholder wealth can be construed to crowd out other things students are learning,” points out Andrew Wicks, a Darden ethics professor and director of the school’s Olsson Center for Applied Ethics.

And, to be sure, just as crime can pay, amoral or immoral business leadership can certainly yield profits. “I’d love to stand here and tell you that being what you and I might call ethical always pays in the short term, but I don’t know that we could credibly make that case,” Wicks says. “But in the long term, for companies that want to survive and thrive, it is essential.”

Many perpetrators of business misdeeds are publicly demonized to the point of appearing evil, but Wicks sees them differently. “It’s more people … who can get twisted and turned around and make some pretty bad choices,” Wicks says. “The line between them and us is much thinner than we’d like to believe….”

So business educators must consistently press ethical considerations on their students to make a meaningful, sustainable difference. “As a leader you’re doing ethics every day,” Wicks says. “All of the choices that you make have a moral dimension to them. The issue is, am I paying attention to that?”

Harvard MBAs Doubled Their Income In Six Years — How Did Your School Do?

Anatomy Of A Rebellion: Inside The Revolt Against Stanford’s Business School Dean