Sights and sounds amid ‘Pope-mania’ in the Philippines 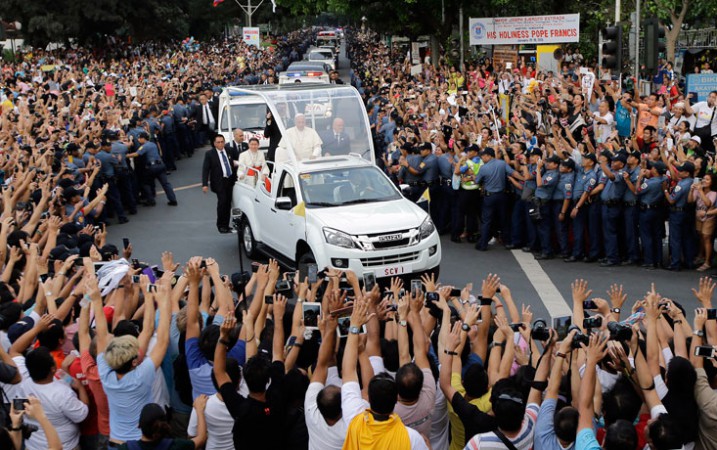 MANILA — Some days on a papal trip, there’s no one overarching theme, but lots of interesting twists and side notes. Friday, the first full day of Pope Francis’ Jan. 15-19 outing to the Philippines, felt like such a day.

Here, then, a few sights and sounds of the pope’s Philippines adventure.

‘Pope-mania’
Sort of like a collective Catholic version of Will Rogers, the Filipinos have apparently never met a pope they didn’t like.

They turned out in throngs to greet Pope Paul VI in 1970, and despite the fact he was in the country less than 48 hours, his visit was picked the top news event of the year by a body of Filipino journalists. John Paul II came here twice, in 1981 and 1995, and on the second occasion drew around 5 million people to a Mass, still the all-time record for a papal event.

This time, too, enthused crowds surged through the streets of Manila hoping to catch a glance of the pontiff, dubbed the “People’s Pope” by an adoring front-page tribute on the Philippine Star, a widely read local newspaper.

A columnist summed up popular sentiment by opening her piece with, “How can you not like this pope?”