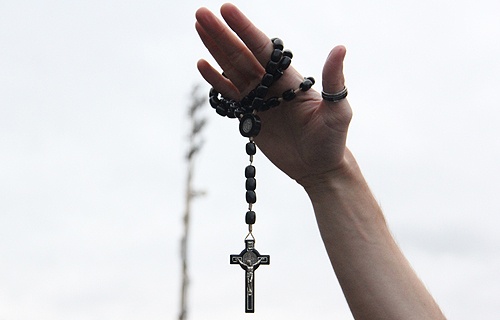 Hartford, Conn., Jun 27, 2014 / 12:04 am (CNA/EWTN News).- Two studies suggest that religious self-identification on a job applicant’s resume can harm his or her job prospects, with Catholics receiving almost as few responses to job applications as Muslims in some parts of the U.S.

“What we found is that, when applying for a job, it’s better not to mention religion at all – but employers really don’t want you to mention being a Muslim,” University of Connecticut sociology professor Michael Wallace told the UConn Today blog June 16.

Wallace is a co-author of two studies on religious discrimination in job applications: one focused on New England and another on the U.S. South.

The Southern study, published in the journal “Social Currents,” said that religious-based discrimination complaints filed with the Equal Employment Opportunity Commission have increased from 1,388 in 1992 to 3,790 in 2011.

The fictitious resumes from recent graduates were similar except for one resume line that randomly indicated whether the applicant participated in a university-related religious group.

Job applicants without religious identification on their resumes received the most phone responses from prospective employers. Self-identified religious applicants were 26 percent less likely to receive a response.

Among religious applicants, Jewish applicants were most likely to receive a response, followed by Evangelical Christians and pagans. Catholics ranked next, equal to “Wallonians,” followed by atheists and Muslims.

“There was also evidence of discrimination against atheists, Catholics and pagans,” said the abstract of the New England study, published in the December 2013 issue of “Research in Social Stratification and Mobility.”

“We hope our work encourages future research on religious discrimination in the workplace,” said the researchers in their Southern study.

They said that further research should explore aspects of religious discrimination in work assignments, disciplinary action, promotion opportunities and benefits, as well as religious accommodation in the workplace.