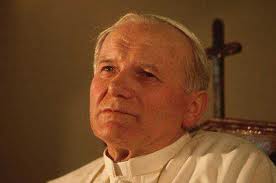 John Paul II Philosophical Studies focuses on classical philosophy and phenomenology, with a main emphasis on anthropology and ethics. This emphasis walks in the footsteps of the ancient and medieval tradition of the Catholic Church.

The central feature of the course is the person of Karol Wojtyla (John Paul II) and the philosophical convention he developed during his work at Catholic University of Lublin (KUL). This convention of thought is a key contributor to philosophical personalism and, through Wojtyla’s work, gathered significant momentum. The similar path of thought was followed by many French and German speaking catholic philosophers in both the first and second half of the Twentieth Century, including Dietrich von Hildebrand, Emmanuel Mounier and Jacques Maritain.

At the Catholic University of Lublin, where Karol Wojtyla lectured for 25 years, a new stream of personalism was developed, following a new interpretation of Thomas Aquinas called Existential Thomism.