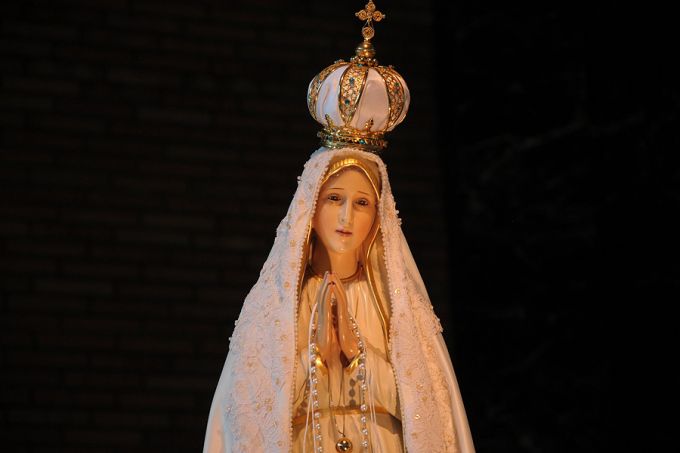 Mexico City, Mexico, Jul 8, 2016 / 03:33 am (CNA/EWTN News).- Sister Lucia dos Santos, one of the three children who witnessed the Marian apparitions at Fatima, died in 2005. But before her death, she predicted that the final battle between Christ and Satan would be over marriage and the family.

So says Cardinal Carlo Caffarra, who reports that the visionary sent him a letter with this prediction when he was Archbishop of Bologna, Italy.
This reported statement by Sister Lucia, expressed during the pontificate of Saint John Paul II, was recently revisited by the Desde la Fe (From the Faith) weekly of the Archdiocese of Mexico, in the midst of the debate generated by President Enrqiue Pena Nieto, who announced his intention to promote gay marriage in this country.

The Mexican weekly recalled the statements that Cardinal Caffarra made to the Italian press in 2008, three years after the death of Sister Lucia.

On February 16, 2008, the Italian cardinal had celebrated a Mass at the tomb of Padre Pio, after which he gave an interview with Tele Radio Padre Pio. He was asked about the prophecy of Sister Lucia dos Santos that speaks about “the final battle between the Lord and the kingdom of Satan.”

Cardinal Caffarra explained that Saint John Paul II had commissioned him to plan and establish the Pontifical Institute for Studies on Marriage and Family. At the beginning of this work, the cardinal wrote a letter to Sister Lucia of Fatima through her bishop, since he could not do it directly.

“Inexplicably, since I did not expect a reply, seeing as I had only asked for her prayers, I received a long letter with her signature, which is now in the archives of the Institute,” the Italian cardinal said.

“In that letter we find written: ‘The final battle between the Lord and the kingdom of Satan will be about Marriage and the Family.’ Don’t be afraid, she added, because whoever works for the sanctity of Marriage and the Family will always be fought against and opposed in every way, because this is the decisive issue. Then she concluded: ‘nevertheless, Our Lady has already crushed his head’.”

Cardinal Caffarra added that “speaking again with John Paul II, you could feel that the family was the core, since it has to do with the supporting pillar of creation, the truth of the relationship between man and woman, between the generations. If the foundational pillar is damaged, the entire building collapses and we’re seeing this now, because we are right at this point and we know it.”

“And I am moved when I read the best biographies of Padre Pio,” the cardinal concluded, “about how this man was so attentive to the sanctity of marriage and the holiness of the spouses, even with justifiable rigor at times.”