Aussie pilgrims journey to the city of mercy 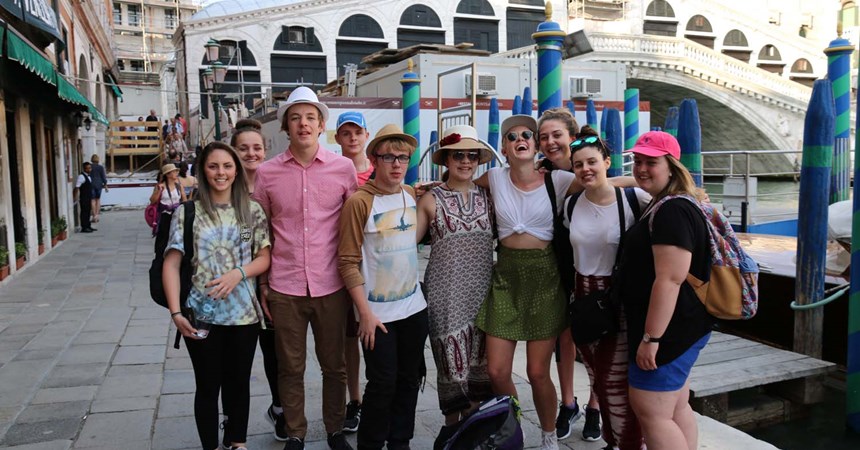 Thousands of Aussie pilgrims are departing from Australia over the coming days to join with millions of youth from around the world as they meet with Pope Francis in Krakow, Poland for the 2016 World Youth Day (WYD).

Of the 3,000 Australian pilgrims participating at WYD, 2350 are travelling with Cosmos, the official Australian Tour Operator designated by the Australian Catholic Bishops Conference for WYD 2016.

Cosmos are providing 37 different pilgrimage itineraries across Europe with 63 coaches, each with a dedicated tour guide.

Cosmos National Marketing Manager for Australia Chris Fundell said it was a huge honour to be chosen as the official tour operator for this task.

“This is an extraordinary event to be involved in and one of the largest group operations Cosmos has ever arranged,” said Mr Fundell.

“The level of enthusiasm and excitement from among the pilgrims has been fantastic.”

Groups represent every diocese across Australia as well as many religious orders and community organisations. Twenty Australian Bishops will accompany the young pilgrims along with 120 priests and 26 religious sisters. The age of the pilgrims ranges from 16 to 36 years.

Currently many routes lead to Poland as the young people and their leaders, chaplains and bishops take different pilgrimage itineraries to gather in Krakow for the World Youth Day week of festivities from 26 – 31 July.

Pre-WYD pilgrimages include a journey through the Holy Land and visits to holy sites across Italy, France and Spain. Others will visit the many shrines and places of significance throughout Poland such as Auschwitz and the hometown of Saint John Paul II, father of the World Youth Days.

The pilgrimages serve as a preparation for the young pilgrims to embrace the theme of this year’s WYD “Blessed are the merciful, for they shall receive mercy” (Mt 5:7), culminating in Krakow, hailed as the ‘City of Mercy’ because of the spiritual legacy left by Pope John Paul II and St Faustina’s Divine Mercy devotion that has its origins there.

This year’s World Youth Day is also taking place during the international Jubilee Year of Mercy, a Holy Year proclaimed by Pope Francis that began on 8 December 2015 and will conclude on 20 November 2016, calling all the faithful to a new encounter with the mercy of God.

Many of the groups will also conclude their pilgrimage with a post World Youth Day retreat to debrief on the experience in places of natural beauty such as the mountainous region of Poland where Pope John Paul II was known to hike.

This year’s Australian delegation to Poland is the second largest pilgrimage to an international World Youth Day, following the Madrid WYD in 2011 which off the back of Sydney hosting WYD 2008, saw 3,500 Australians travelling abroad.

Friends, family and parishioners not travelling to Krakow can join in by watching the WYD main events from 26-31 July web cast live at: www.xt3.com/live.